I revived my blog a few days ago, mentioning that I was attending MarsCon 2019 for the first time. As I mentioned in that brief post, it was largely a bittersweet experience. I’d like to write about the convention itself, as it was my first time attending this particular event.

I fell in love with sci-fi/fantasy conventions several years ago. The first one I ever had the pleasure of attending was Con Nooga way back in 2015. I’d been eyeing conventions a little wistfully for many years beforehand. I decided to take the plunge due to two factors: an author that I really liked was the guest of honor that year, and I finally had a friend who lived close enough to accompany me. It was an overwhelmingly delightful time for me, and it spawned a desire for MOAR. I learned a lot that first year, mostly the hard way, but I still had a great time.

I’ve attended a few more conventions since then, notably MystiCon in 2016 (when the convention team somehow managed to charm George R.R. Martin into venturing to Roanoke, Virginia — witchcraft that I want to know the trick to), and ConCarolinas last year. I’d heard about MarsCon before, years ago, but never managed to make my way there. Last summer, when I discovered that two of my favorite authors, Seanan McGuire and Catherynne M. Valente, were going to be the Guests of Honor for 2019, I swore I’d go. I bought my pass and planned my trip with one of my oldest friends, who lived close to Williamsburg (MarsCon’s home). As I mentioned in my brief post over the weekend, that friend passed away quite unexpectedly, two weeks after we made our plans to take MarsCon by storm.

END_OF_DOCUMENT_TOKEN_TO_BE_REPLACED

So here I am at MarsCon, somewhere that I’ve never been before. It’s a little bit of a challenge for me. I’ve been to conventions alone before, but this is an especially bittersweet time for me. I was supposed to attend this year’s convention with a very dear friend, but she passed away quite suddenly last year. It’s hard. It’s so damned hard, and as much as I love being here, I hate it at the same time. T should have been here with me, trying on the wire elf ears, listening avidly at the panels, snickering later at the dudebros who’ve done the “well, actually…” bullshit, and generally just spending time together. I feel miserable about this, but I’m trying not to let it get to me too much.

So here I am! I’ve gotten to see two of my favorite writers ever, I got a few books signed, and I am now the proud owner of the aforementioned wire elf ears. I’ve been eyeballing them for at least three conventions now, and I decided to take the plunge today. I may have purchased two pairs.

It’s a good time, and I’d like to come back to this convention next year, perhaps, but hopefully I’ll have someone to come with me. Or else, be more comfortable with the solo experience. If you’re ever able to attend, do so! It’s a small convention, but it’s definitely one that’s built with a great deal of love from the people running the show. 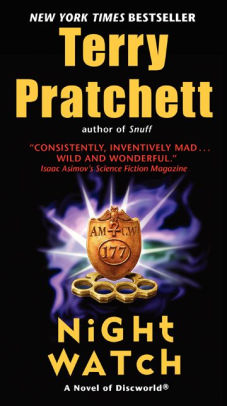